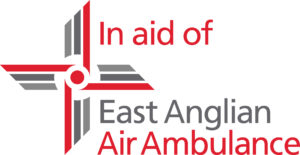 On behalf of Empanda and East Anglian Air Ambulance (EAAA), we would like to say a huge thank you to the Empanda staff team who voted to support the charity instead of receiving a company Christmas gift themselves. The unanimous ‘yes’ vote to donate money to East Anglian Air Ambulance, together with a donation from Empanda from money saved by sending an e-Christmas card instead of buying and posting traditional paper cards, has meant so much to the charity and we have since heard how our gift changes lives and makes a real difference to those in need of help.

In her recent  letter, which included a certificate for us to display, Jenny Mitchell, EAAA’s Development and Community Administrator, thanked everyone for their contribution which helps people like Charlotte, who had suffered a cardiac arrest. She recounted the story of how Charlotte’s husband James reacted instantly to help his wife, calling 999 and beginning immediate CPR. First responders quickly arrived on scene and Charlotte received two shocks from a defibrillator to get her heart back into a rhythm. The EEAST (East of England Ambulance Service NHS Trust) team then arrived, followed by the EAAA crew. The EAAA team assessed and monitored Charlotte’s heart via ECG and cardiac ultrasound, gained intravenous access to administer medication and intubated her to take control of her breathing. Charlotte was then taken to Addenbrooke’s Hospital with the EAAA crew by her side. She remained in hospital for two weeks, but despite suffering an arrest at such a young age, Charlotte made a great recovery and was soon picking up life as a busy mum once again.

With over 50 of the Empanda team spread across Norfolk and Suffolk, there was always the possibility of one of us or our loved ones needing this much needed service at some point. During the summer of 2018, a close relative of a team member suffered a serious road accident in a very rural location and received potentially life-saving treatment by Air Ambulance medics. Because of the prompt response by the rescue team, our colleague’s relative is now on the mend, so we are especially pleased our staff chose to support this wonderful and vitally important charity. 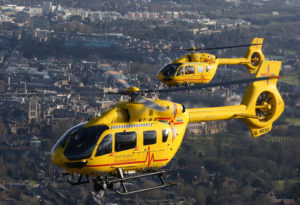 EAAA helicopters are able to reach anywhere in the region within 25 minutes. Their pilots fly a highly-skilled doctor and critical care paramedic team along with A&E level medical equipment, to patients who have suffered life-threatening accidents and medical emergencies.

The EAAA relies on the generous support of the community and couldn’t continue to provide their life-saving service without it.

Click here to find out more about the tremendous work being done every day by East Anglian Air Ambulance and how you can help support them.